The key to filming locations is diversity within a structure of sound sense. The implementation of South Dakota in terms of cinematic persuasion allows for some different thoughts. While many intonations speak toward the Old West, the doubling can range as far as Ireland and Denmark. While the most famous variation of filming in the state remains Kevin Costner’s Oscar-winning “Dances With Wolves” (which was shot extensively in the Black Hills area), different applications need to allow for different outlays of creativity. As always however, the aspect of convenience versus price distinctly plays a role.

Ranches offers the most distinctive implementation of the area, each creating a different variance on what is possible.

Amiotte Ranch, on the edge of the Badlands, encompasses a swath of dark elements marked by somewhat otherworldly and stimulating crevices. The sight of bison edging on the top of the hills in a massively mind-blowing tundra gives presence of mind while male wild turkeys ruffle their feathers at each other attempting to impress the nearby females. Dogs avail on the property as a lone marker for gravestones towers underneath dark clouds along desperately descending ridges. 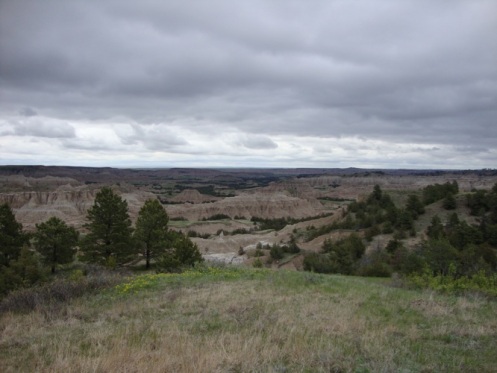 Clint Amiotte, the bearer of the land himself, revels in stories, a true cowboy of the cloth. Bull steers stare icily as a tale of coyotes tracking down smaller animals give credence to the Darwinian vision of the place highlighted by endless horizons and looming thunderstorm clouds. 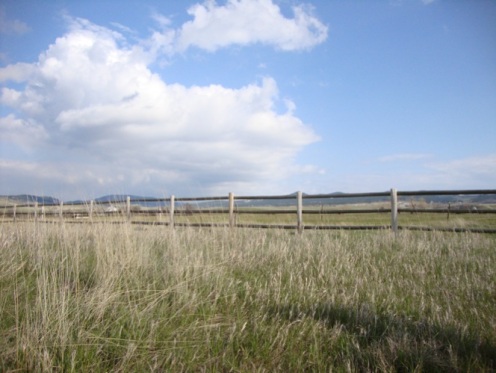 By rigid counterbalance on the other side of the mountains near Deadwood in Spearfish, Frawley Ranches moves more within the structure of time lost instead of instances of long flowing ranges. From the inference of a restored school house along the desolate infinity of a distant mountain road to a Danish inspired barn that might be born out of Lars Von Trier’s “Dancer In The Dark” to a partially submerged bunker that could play anything from a Hobbit’s home to the hideout of a French soldier during World War 1, different ideas flash to mind in consecutive order which identifies to the morphology of the landscape.

Hank Frawley, whose great grandfather took over the massive arena of the land (which is broken down into 160 acre lots) took to restoring alot of the material which had been preserved in the amount of artifacts his family retained over the years. Aided with the passing of the Deadwood Gaming establishment which funds historical restoration in the State, many of the land which is still used for cattle has been historically recognized. An example in essence is an old barn/horse and cattle stockade whose interior becomes both a world closer yet removed from its outside persistence  allowing it to double for horse elements from around the world. Add in perpetuity, an intricate upstairs hay catacomb system which revels in the best visual style of “The Village” mixed with Stanley Kubrick. Many ideas evolve in this structure with different abilities of TV series within a small radius swirling and possible to come to bear.

One of the most known visual specifics in South Dakota that could easily be implemented in many pictures and was most intrinsically captured in the Wounded Knee battle in “Hidalgo” starring Viggo Mortensen is the Wild Horse Sanctuary outside Hot Springs. With intrinsic filming spots located above on two ridges, the breathe of view gives sweeping interpretations of valleys say in the Lower Plain States but without the interference of modern elements. Original housing structures including cabins and water locations traversing the Cheyenne River on the property truly giving a sense of scope to the proceedings which is aided by the ability of the property’s managers to understand what a production needs especially in terms of the behavior of the wild horses.

Above the ridges on the Upper Plain areas of the Sanctuary, the snow capped hills rise into the sky as a herd of wild mares gallop across the plains encouraged in no small part by able wranglers. Rolling over with abandon, these horses display magnificence in their sheer being. Production value in these situations is of the essence and the balance of both creative and cinematic possibilities rings soundly within this location.

Another one of the key components of South Dakota’s possibility is the easy driving element between key locations. While tourism is an essential part of the progression with both Mount Rushmore and the still “under-construction” Crazy Horse Memorial, the base cities of Rapid City and Hot Springs command interesting perspectives of their own.

The port city for most air travel in this part of South Dakota is funneled through Rapid City which requires one stopover from most major domestic gateways. While this does provide a little less incentive, the balance becomes between production value and budget constraints but also the length of the dollars within these certain locations.

The vision of Rapid plays a balance between blue collar industry and a laid back town. Wandering the streets between the back alley billiard parlors and brick ensconced watering holes like Dublin Square and Murphy’s, the aura winds between darkness and light. The receding street melts into the horizon while mills and abandoned seed filtrators pocket the landscape of downtown as a hidden alley replete with art around the corner from the hotel where Alfred Hitchcock stayed as he scouted “North By Northwest” stands tall and unfettered.

Hot Springs, by comparison, contemplates more rustic. In the early summer months, the difference of small elevation plays to the possibility of snow completely changing aspects of dynamic in undeniable and pleasant ways. From the steam rising off the constant 87-degree crick flowing past a lone gazebo wisping in the snow to an intense sanitarium framed by the drifting white and blooming cranapple flowers, the stillness ponders with a precise eye.

The briskness of different perceptions takes the ideas and visions through every single different aspect of forest and raging creek beds. The snow intonations play in the gentle dripping of the morning whether it be in the comfortable old school hotel of Custer State Park Lodge or the late night permutations of Deadwood.

Always a perception of life, food though offers a distinctive presence within any location offered and gives a glimpse through which the local identity can be placed.

Rapid City, framed by the central Radisson Hotel, allows easy walking access to a variety of different possibilities, many of which have been highlighted by the likes of Rachel Ray and the James Beard Foundation. 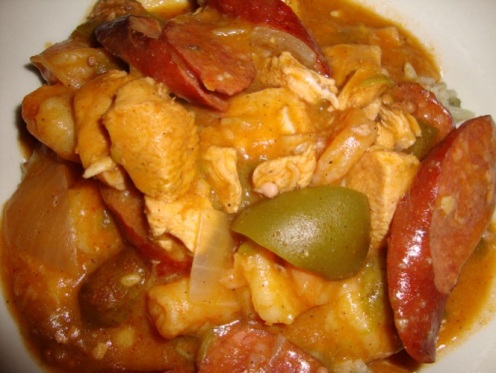 Firehouse Brewery, structured with the ideas of the local rescue squad, boasts the only local beer in its own namesake. Overlooks intensify as a Smoke Jumper Stout boasts creamy while the aptly named “Spontaneous Heating” created in the viscosity of a South Dakota version of gumbo with shrimp, sausage and rice fires the range nicely.

Tally’s, likewise for lunch, uses the patterned wraparound diner motif to highlight comfort food in essential rhythm as the apt “Fist Full Of Fish” moving in the whiting direction highlights crispy as a local man outside sings to a statue of Ronald Reagan with aplomb. 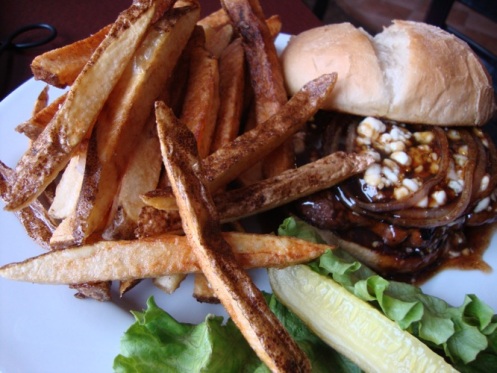 Chilling in the afternoon working with a Big Dog beer of Amber Bock might sound like a daunting task but the ability with Wi-Fi at Thirsty’s (across the street from the Radisson) accelerated by the waitress-approved Gorgonzola Burger revels chill as the dish popped with the sweetness of the cheese and delicious and freshly cut steak fries.

Of course, journeying around the state even within a certified radius creates the need for specific culinary ideas, especially in a mostly non-franchised land

On the cusp of Badlands National Park at Cedar Pass Lodge, a deer watches hungrily from a hill overlooking the inside dinner table as buffalo chili and a buffalo burger topped in cheddar waxes the afternoon fantastic culminating with a ice cream enhanced root beer float and homemade chocolate and peanut butter cookies with chips melting on contact.. 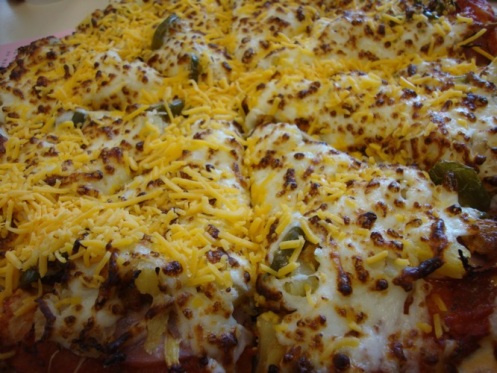 Lintz Brothers Pizza, minutes away from the Wild Horse Sanctuary in Hermosa, by comparison, has the local vibe set with a wraparound vision on a road extending soon to Denver as a major thoroughfare. This tucked-away gem boasts an inventive and intense “Flaming German Samoan” pie that integrates nacho cheese, sauerkraut, jalapenos and ham with requisite Hank’s Hot Sauce to make a midday journey all the more interesting. 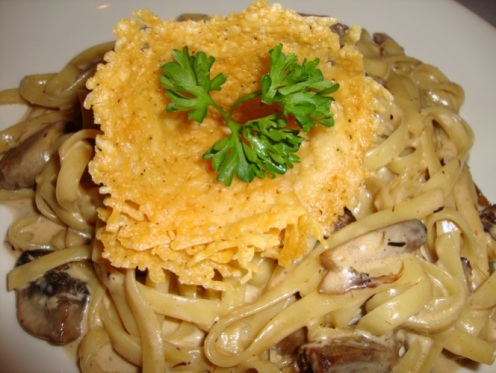 In terms of progressive dinners, the State Game Lodge at Custer enhanced the start with a flambayed blue cheese brulee served with hearty salami and followed by a thick and filling buffalo strogonoff that filled the stomach in richly vivid tones.

Drawing to the conclusion, Deadwood paints its simmering streets with gambling parlors of lore giving the impression of its past indulgences. Up the hill sits Kevin Costner’s abandoned Tatanka Casino project which never quite made its intent realized while his operational and still flourishing Midnight Star Casino on Main Street flitters with action including a bar right out of “Wyatt Earp”. 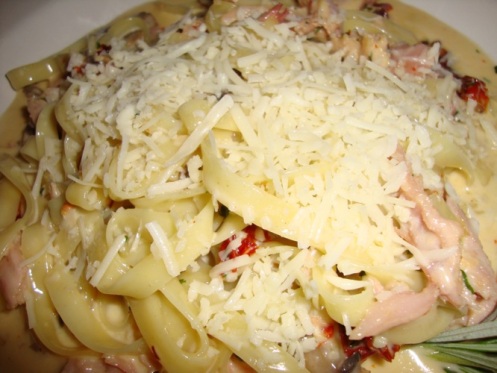 The Deadwood Social Club, atop Saloon #10, just steps away, relocated from down the street where Wild Bill Hickok was killed in a gunslinging incident back in the 1800s, offers a grand dinner experience. A shrimp and sausage invention mixing Old West tang gets the buds running followed by a tangy steak fajita soup culiminating in a pheasant alfredo over fettucini. After dinner brings the cheesecake, worth the trip alone, with flavors ranging from Cookie Dough to White Russian.

South Dakota, in the 100 mile radius from Rapid City, offers a distinct diversity of filming and culinary possibilities relegated within genre but open to the eyes of creative people. While home in varied aspects to recent productions like “Hidalgo” and “Into The Wild”, the legend of “Dances With Wolves” and “Wyatt Earp” prevails balancing its idea of beauty with the vastness of this untouched land.

With productions on the horizon that might seem to fit the state like the in-development “Lone Ranger” and “Gunsmoke”, the locations have inherent possibilities. The lingering question remains ease of use and budget considerations. Close yet far away in others, the ideas and intent are there simmering in the burning sunset. It is just a matter of time.