Opening a restaurant in the fray of Vegas Uncork’d sometimes is not advisable but Gordon Ramsay never does much by the book but his insistent perfection interrelates in the texture of his first Vegas eatery: GR Steak. Buoyed by trying to find a balance between good food and not an overlay of fine dining finds a good partner in this new venue inside the Paris Las Vegas.

Using the idea of a “The Chunnel” perception between London and Paris, the space located just off the casino floor not far from the Eiffel gutted an aspect of floors to create a winding open staircase that creates a room both breathable and intimate.

The open kitchen structure plays to this in various ways while the specifically designed uniforms for the wait staff, bartenders and hostesses create an interesting and sultry throwback to 40s underground dinner clubs with a sense of cool and class.

Ramsay, newly arrived from Europe, for the launch took questions and demoed two dishes: his signature Caesar and his Beef Wellington showing his pertinence for both flavor but not an over-saturation of ingredients. However cocktails and craft beers, along with the stalwart wine, do play an important part in his evolving approach to food.

He specifically related in a question from Sirk TV that pairing dictates the modern dining experience and, in many ways, intersperses this in his new restaurant with several signature cocktails as well as the inclusion of one of his favorite craft brews: Innis & Gunn (better known as “Innocent Gun”).

The Caesar Salad using Romaine stalks with just a touch of dressing waxed favorite with anchovies minced but hardly even noticeable though it was the inclusion of quail’s eggs gave it that extra special hit.

The Beef Wellington sang with a tang of perfection with a standard not overdone with a small wisp of puree potatoes and carrots that accented without overwhelming the progression. 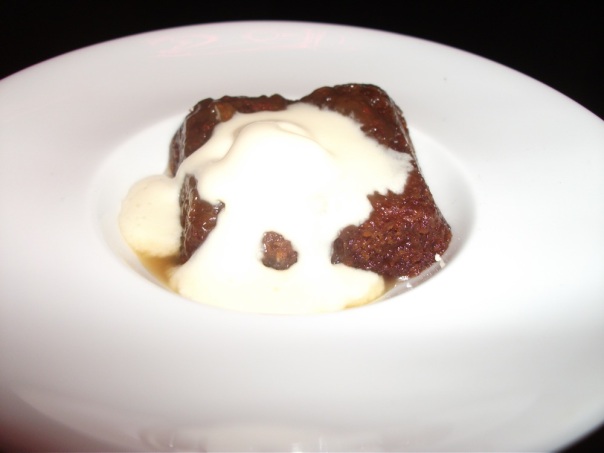 The closer, which Gordon specifically labeled “unique”, was a kind of toffee pudding cake that related “lava” in many ways but melted in the mouth nonetheless.

With the breathe of chefs making their way across the Strip, competition is intense but Ramsay approaches it as anything else he does: with a sense of style like a bat out of hell.

The resuscitation of King Kong at Universal Studios has been a long time in vision. After a massive fire wiped out much of the backlot, the embodiment has always been about bringing back the fearsome gorilla in true size. However as in comparable in Southern California everything is corroborated within space and time.

Touted in intensity since the beginning of the year, the new King Kong 360 3D has been heralded as the next step in 3D technology. Spearheaded by Peter Jackson, who created the 2005 remake of the same name, the famous filmmaker currently prepping back-to-back “Hobbit” movies wanted to create a completely immersive 3D experience which would put the rider in the middle of the action.

At the press conference and media event to celebrate the grand opening of the attraction, Universal CEO Ron Meyer resounded his committment to the parks which have been undeniably successful providing a one/two punch with the opening of “Harry Potter” in Orlando and then “Kong” in Hollywood within a three week period.

A visually thinner Peter Jackson on video from New Zealand then proceeded to introduce the opening of the attraction by shooting himself in 3D TV showing the adherence to all things three dimensional. While he said that a sequel to Kong would not be made since the big guy is already dead, this ride was a way for him to reapproach the material and a character which he said has long been his favorite. In declaring it open, the confetti flies as the dark corners of the Soundstage 6 open.

What has been created in a more dynamic version of what “Back To The Future” originally did and then “The Simpsons Ride” added to. The surrounding elements once the tram enters into a dark corner mountain on the back side of the lot completely disorients the rider to the visual onslaught yet to come.

While not overwhelming when compared to the IMAX 3D mechanizations of “Avatar” last fall, the interactive perspective of Kong 360 3D is still impressive. The sequence, which is barely changed from the movie in terms of beats, involves the T-Rex/Kong fight on Skull Island. What makes it dynamic across the board is the fact that both the dinosaurs and our big gorilla are flipping end over end literally over the tram providing a completely alternate perspective of what was seen in the actual movie.

Initially when entering in with the 3D glasses, it requires the wearer a moment to adjust but unlike other similar attractions, there was no eye strain. Rather the key was to move your body around to see what was going on behind on the tram. This is where the ride, despite its briefness, is groundbreaking because it creates an almost virtual reality simulation on a real life scale.

King Kong 360 3D will in all accounts be a major boon to the Universal Hollywood studio tour because it allows for their pump of adrenalin and movie magic people journey to the movie capital for. The big guy is back.