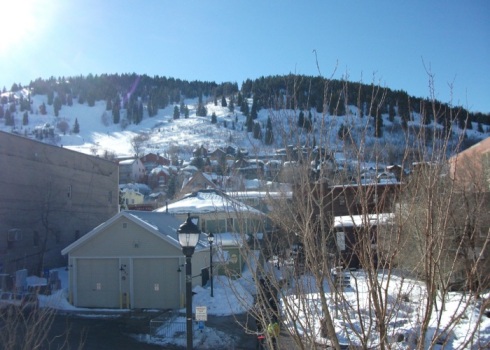 Sundance placates a sense of being. While texture of corporate elements continues to satiate, the interaction and intention of independent film versus the studio involvement in defining a market that in recent years has strayed a bit.

With the influx of buying pictures with relative cost perceptions that reflect their importance, the ideals of Sundance continue with films like “The Ledge”, “Devil’s Double” and “Silent House” showing a balance of both commercial prospects and independent spirit.

Pushing beyond that in textures of cultural interaction that continue to paint Main Street in tendency. The NY Lodge down from the shooting condo allowed for the progression of the NY Film Commission promoting the urban tendencies of the 5 Bouroughs with a bit of flair.

The Stella Artois Cafe, adjacent within the Samsung Galaxy lift complex, offered a bit of flair as the lift replete at times with James Franco sightings allowed for the frothy texture to continue.

Chefdance, always a stalwart progression of the festival located with relevance beneath Harry O’s off the inherent Playboy Lounge, offered different distinctions of culinary structure. While Kerry Simon of Palms Place dazzled later in the weekend, Chef Brian Malarkey of Searsucker in San Diego (and also a finalist on Top Chef) offered a balance view into his energetic and viable intensity. 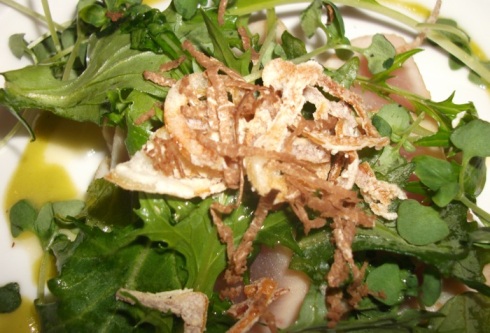 Beginning with a simple and textured salad mixing luscious truffle oil and fried shallots with an albacore crudo, the silkiness of the lively texture allowed for an easy progression into the first course of a pork confit surrounded by a scallop and prosciutto wrapped sweet bread flaked with infinite taste helped along by the pairing cocktail of the Belvedere Root Cellar combinging Snake Oil Root Beer and the requisite vodka.

The main course intensified with a Wild New Zealand pink grouper over braised kale and foie gras emulsion that scintilated with irreverent flavor before the vanilla bean panna cotta tenderized the evening with a notion of sweet finish.

Rock visions played through at the Fender House on Main Street as Drummer Matt Sorum (formerly of Guns N’ Roses and Velvet Revolver) took the mike before ripping into a vicious instrumental that had the entire house jumping. 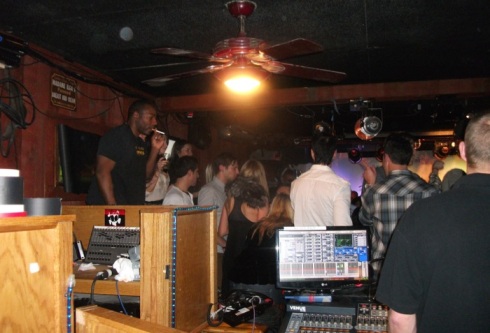 Like Slash who announced his new horror film label Slasher, 50 Cent was also in town to push his new company Cheetah Vision as he thumped away at 1am on-stage at House Of Hype inside Ciceros at the “Think Before You Act” party as tequila flared the nostrils ripping away as the artist raged on “In Da Club”.

At the St. Regis filled with tangible wantoness, vitners offered their requisite vision as the Napa Valley Film Festival announced their inaugural year utterly lifted with wines such as GV with proscuitto wrapped sweet breads and portobello mushroom baquettes that painted the way for the possibilities. 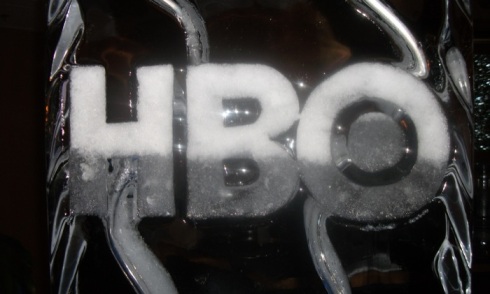 Residing their way through The Cabin with films such as Project Nim from the Oscar winning filmmakers of Man On A Wire, HBO Documentary Films annual fete honored the best of the new crop while maintaining a continued excellence in exciting films including the suit adorned Morgan Spurlock celebrating his pre-festival pick up by Sony of “The Greatest Film Ever Sold”.

After midnight screening permeated fantastic, the Troubadours Party at House Of Hype inside Cisceros fixated into the night with a DJ mecca blend that understood the base tinged needs of its audience as Stella and kamikazes blazed the night

Ending the tendencies of yore, the Sundance Channel flittered with buzz on Main Street as “Brick City” lightened its walls with a Sundance of urgency and uplifting possibilities for the next generation of filmmakers.

As the late nights and early morning inferences continue the balance of Sundance remains one of networking initiated within the crux of creative possibilities and commercial aspirations while still retaining the artistic vision needed to sustain.