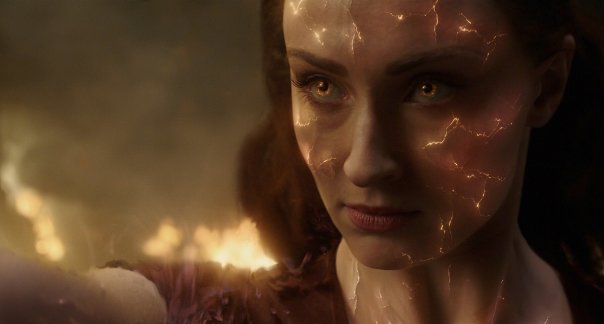 The essence of the X-Men mythology has placed it with some ideals of archetypes but, with some of the actors involved, the texture of nuance is always an interesting progression in what is embraced and what is shown below the surface. This reviewer did interviews for “X-Men: The Last Stand” back in the last iteration of the cast before “First Class” but also visited the set of “X-Men: Apocalypse”. With “The Last Stand”, the approach involved the aspect of Jean Grey as well. However unlike Famke Jannsen’s iteration, there seems a times a lack of stakes or perhaps disconnection from Sophie Turner’s inhabiting of the character, much in the way of Captain Marvel in “Endgame”: she is so indestructible that the balance of her take down is somewhat like ants trying to destroy gods . That said, this installment is the most engrossing since “First Class”. The inclusion of Jennifer Lawrence works simply because of the structure of what it is setting up and that allows in true form the most connective tissue that motivates all the characters. Whether it be Tye Sheridan’s Psyclops or in a more pronounced fashion Beast played by Nicolas Hoult, “Dark Phoenix” has some more true acting from these performers because the entire proceeding is not overtaken by visual effects unlike some of the iterations before. It comes off more practical. 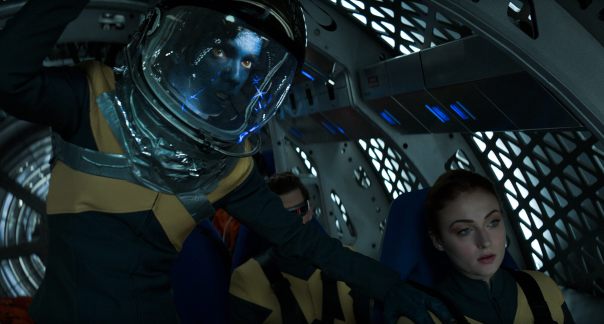 Also the characters, even more so, seem to engage in their baser desires at times which makes them more fully realized. Michael Fassbender’s Magneto seems both more conflicted but also at times more brutal than before. When he emerges in terms of his focus, it is interesting because it you can see him fighting against his own instincts (even though his character comes off more as supporting). James McAvoy as Professor X also has a more dynamic approach because his character is not the all wise. He makes mistakes and ego plays a part in this outing. These are superheroes but they are flawed and that is what this picture is allowing (perhaps in a darker way than perhaps Disney would approach it at a different time). Even Nightcrawler becomes brutal in a way not seen since “X2” when he was on the opposite viewpoint. That said, the story timing conversely is, at times, erratic. However this does not take away from the emotional notes. What scattershots the beats is Jessica Chastain and her minions. Chastain is on point in terms of her performance but there is not a reflective basis of her motivation. Her character’s origins are left to the ether which works to a point but not in the final revelation. “Dark Phoenix” in a great way handles many emotional beats in a way far superior to some of its predecessors thanks in part to director Simon Kinsberg who understands this mythology and the characters through and through. But endings, especially of an era, never are clean. They are messy. “Endgame” tried to do everything and reflected emotional but many plot holes still remained. “Dark Phoenix” writes a different story than the one previous to “The Last Stand” but in doing some creates something more contextual even if the final shot reflects a vague contentment.