Approaching the tip of South America, only miles away from Venezuela, Aruba captures the crossection of the Caribbean that marries the different strengths of many of the islands along the chain with a bit of flair. Unlike the British background of Turks & Caicos, Aruba’s background plays Dutch which entices specifically in its culinary stylings mixing essences of cheese with the plentiful ocean elements that surround it.

Before initiating the idea of taste, the sense of sight must be taken into account which makes itself known in the structures of the soft (depending how you look at it) adventure elements that the island has to offer. 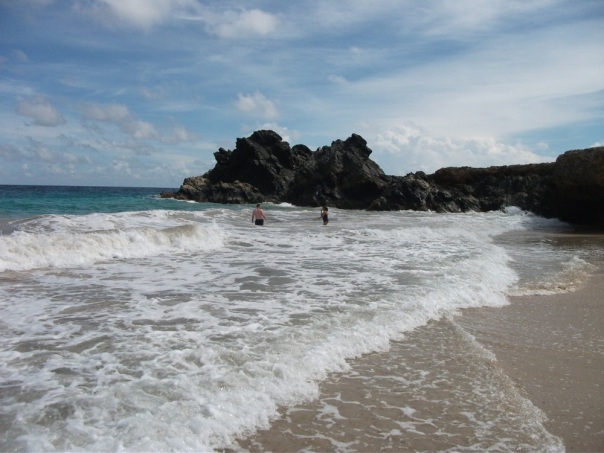 The many beaches offer a texture of the beautiful blue-green water along pristine white beaches. However, like Kauai, it is when you head out into the water that you truly gain better perspective. 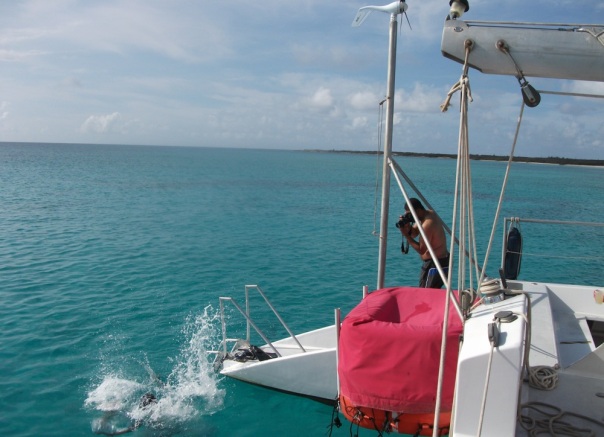 Catamaran cruises, like those of De Palm Tours, are always ones of relaxation and fun since they almost always mix the element of such aspects as rum runners and wine with the essential structure of taking a nice swim. Heading out toward the iconic California lighthouse, a short area off the shore mediating at between 10 and 12 feet gives a potpourri of fish that definitively give the area life. What truly engages though is the surrounding sea. Because of where the area is tucked in, a decent swimmer can operate sans flippers without baiting too much against the current allowing for a very freeing experience. 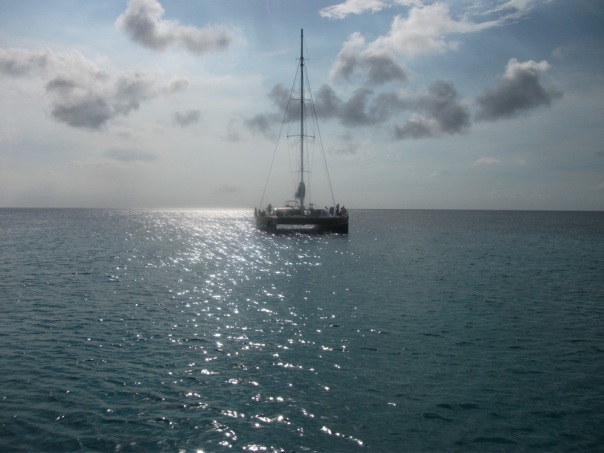 What was truly exceptional about this area was the second stop of the snorkeling experience quite a bit further out in about 55 feet of water. Below the surface lurks the wreckage of the Antilla, which was scuttled during World War II. Usually one doesn’t see this type of wreckage so close to the surface. Floating above with the gray steel crevices below, one sees the sense of scale that television never provides once one ends up floating right above. Again, because of the lack of a vicious current, even farther out, the allowance of levitation above the gun mounts only forty feet below as the ship rests on its side gives quite a perspective. 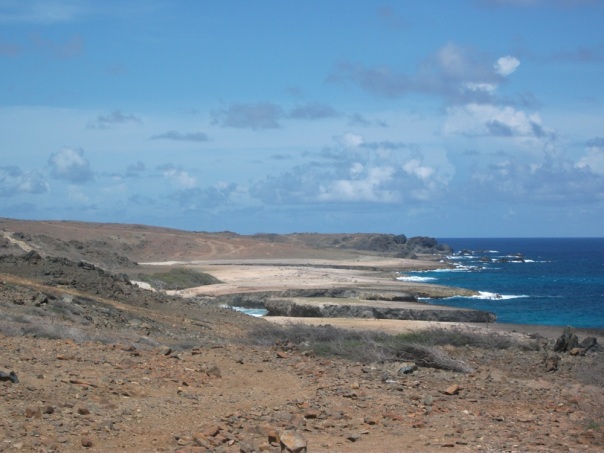 Mixing the texture into land, the 4-wheel tours (via ABC Tours) to the far side of the island within Arikok National Park truly live up to their name. Rock scrambling down hills with drivers, who were former Marines in the Dutch military, means that the gas is always at full throttle and levitating off seats on major bumps is gauranteed possibility. Traveling to an old fort where rocks are stacked upon each other for miles and the blue sea stretches out far behind is undeniable. Heading downtrack towards a natural pool definitely resounds with a feeling of adventure while the path to its entrance reflects in alien looking cactus that stretch out like thin fingers grasping towards the heavens.

The food reflects in this state of mind being both comfortable and enjoyable but also with an ingenuity and a risk to its comparison. The lunch textures first balance the ideal between local ingredients used in very traditional Aruban vision contrasted with beach fare that comparatively and consistently takes advantage of the local seafood. 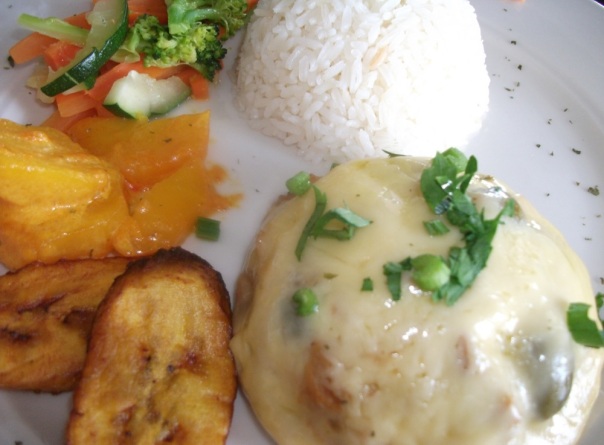 The Queens Restaurant, located within Palm Beach Plaza, resounds because the family behind it has been maintaining the balance of local cuisine for years while introducing the idea of new possibilities while still staying refreshingly old school. The initiating appetizer of Funchi Hasa comes in the style of a cross of fried polenta, which is essentially cornmeal, topped with luscious gouda cheese that melts in the mouth. The following soup, a local delicacy: Soppi Jambo relishes with fresh grown okra in a broth mixed with pigtail and fish which is both tangy and effective. The main course: Keshi Jena brings a more Dutch texture into the fray with a baked gouda cheese pouch stuffed with chicken, capers, raisins and capers that vividly combines the ideas of different eras into one vivified taste surrounded with fresh vegetables, tangy sauteed potatoes and the always balancing fried plantains. 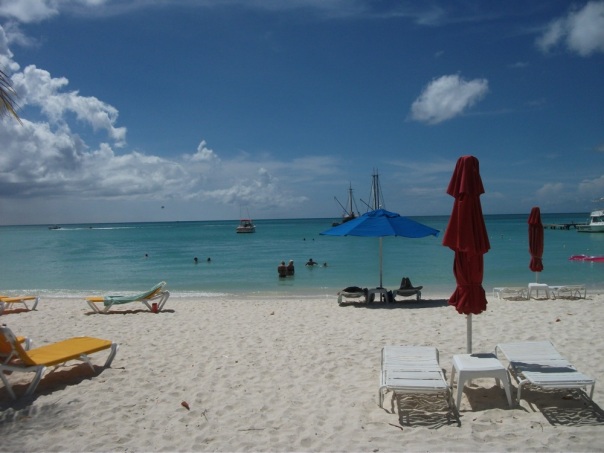 Balancing out only a half a mile away on Palm Beach itself is MooMba’s underneath an awning of palm frons which watch as the water laps only a few meters away while the stacking of empty Cuban cigar boxes brings the smell of the sea to full fruition. 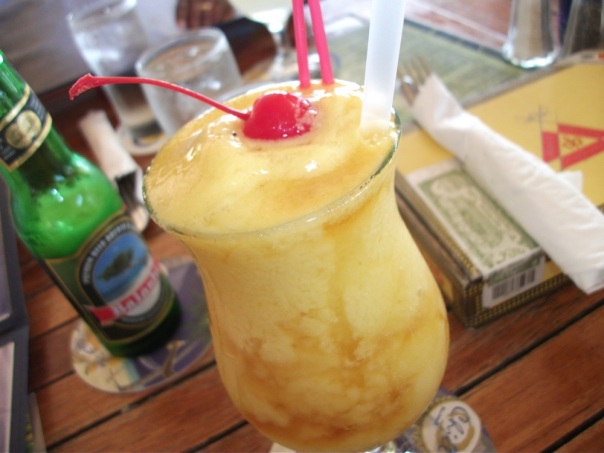 While only steps away from the catamaran pier, the sense of bustle is kept to a minimum. The cocktails of MooMba especially taint themselves to the frozen variety while still mixing up the textures beyond the normal Miami Vices and Mai Tais. The Chi Chi begins in balanced possibility blending vodka, pineapple juice, grenadine and coco lopez creating a lithe but not overly fruity concoction while the Mambo Blues envisions a more intermingling vision with both light and dark rum as well as peach schnapps with a spash of mango juice giving the desired flavor. 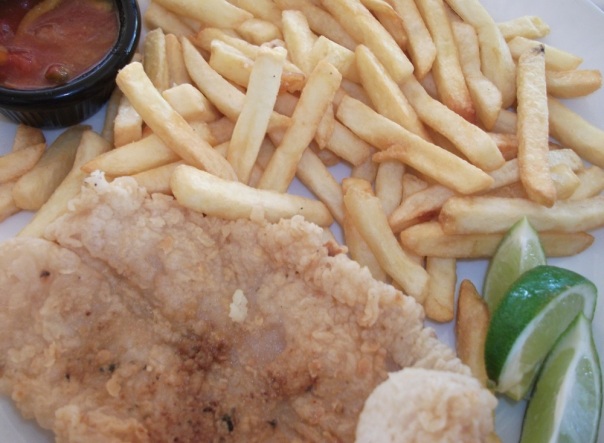 The menu reflects an idea of beach cuisine but, in bypassing the normal fish soup to try a smooth tomato bisque filled with small meatballs, simply triggered different buds which is an essential part in simply not adjusting the palette to one intention. In following this simple creation with a grouper fillet with french fries was almost like a taste of home except it was caught fresh in the silken waters in front of your eyes. 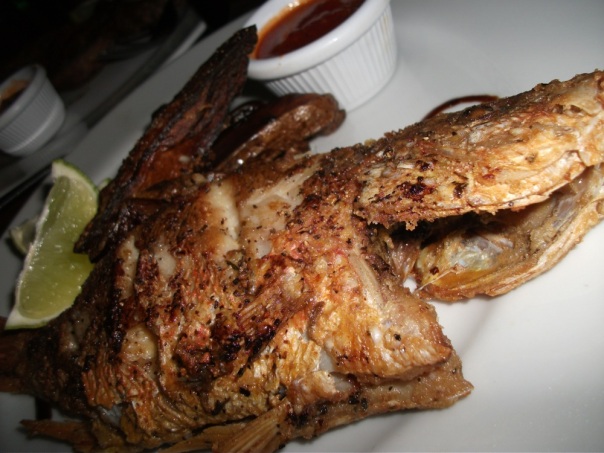 Transferring to dinner, the essence of casual fine moves itself into the nighttime serenade of Hadicurari which warrants itself with a distinction of smoothness. The onset of a spicy shrimp appetizer relishing in a secret seemingly mango sauce literally jumped off the table in its popularity while the fish chowder, chunky and tangy in its own right, prepared for the progression to the main course. The pan fried red snapper, served as a whole fish, propels the consumer to find the flaky pieces while dipping in its signature sauce bathed in lemon.

Cilo, by comparison, located in the heart of the Seaport Marketplace in Oranjestad, exists miles away down the beach from the Palm Beach Plaza complex which houses the Marriott and the Holiday Inn as well as the currently building Ritz Carlton. Surrounding by the bustle of nightlife, casinos and a multiplex, this area boasts inherent comparisons to The Grove in Los Angeles with its outdoor context and inherent foot traffic. 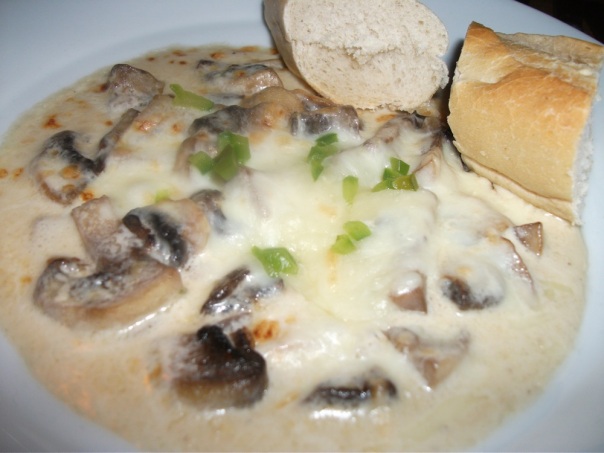 Beginning with the venture of a requisite mojito, simply because of the adequate rum quotient on the island, the inherent vision begins with a mushroom gratin appetizer, again taking advantage of the island’s Dutch roots in terms of its exceptional cheeses along with texture of garlic and onion making its taste truly pop. 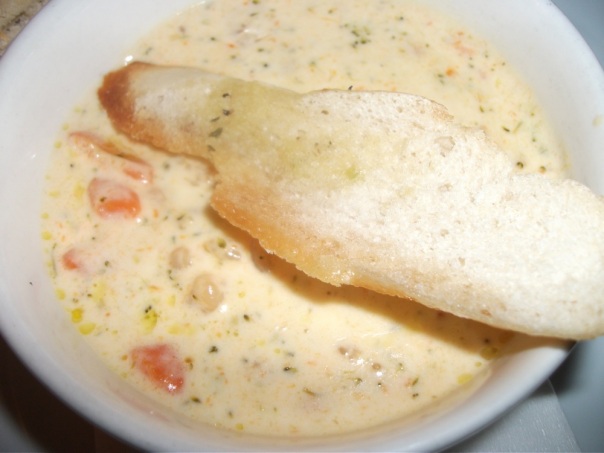 Keeping up the quality at fine dining capacity, the Willemstad soup blending luscious chunks of shrimp with zucchini and carrots in a thick chowder cream was not to be missed while the essence of the signature pasta mixing penne, local vegetables, chicken and cheese soothed the stomach with a sense of knowing. 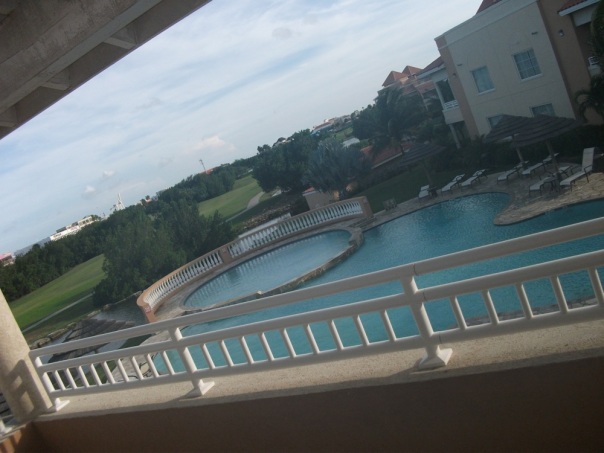 Many accommodations give themselves poise in the area depending on the angle of the trip undertaken. While not overtly central to the aspect, the Divi Village Resort certainly succeeded with a notion of privacy, peace and seclusion with their full encompassing timeshares with large floor plans, full kitchens and multiple balconies overlooking the greens of their surrounding golf course. 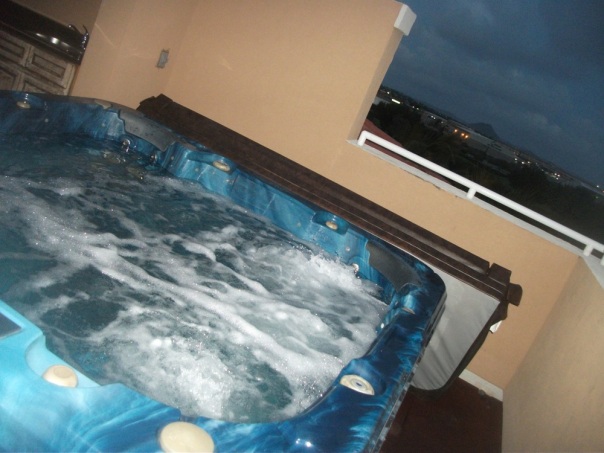 The secluded back pool landscape allows for quiet enjoyment of drinks and relaxation as all matter of wildlife including iguanas and exceptional variety of birds flitter about in constant rhythm. The inclusion for second floor occupants continues in definite idealization with an almost hidden open air jacuzzi on the top floor with a table and wet bar galore for exceptional hanging. 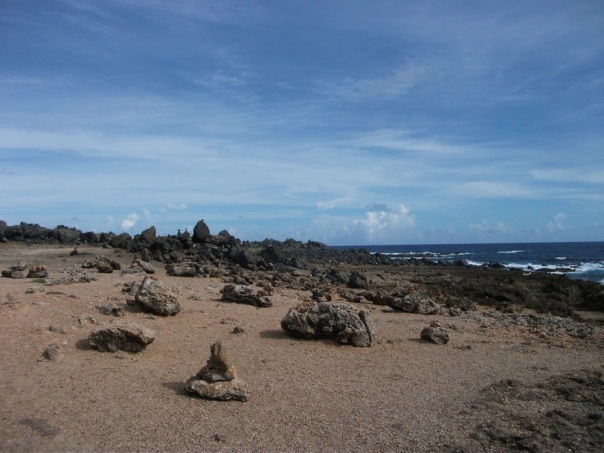 Aruba, within the aspects seen. balances between a sense of the old and the new, blending the vibe of a US influenced crowd, a Dutch heritage and a South American vivacity with both Colombia and Venezuela nearby neighbors. It also succeeds in its culinary comfortability with a bit of spice as well as its engaging outdoor possibilities undeniably highlighted by the visit to a World War II wreck very closely off the sandy heavenly coast.